My first week in Beijing

Hey everyone!
Sorry that I have been so quiet lately. Ever since I arrived in Beijing a week ago it has been quite busy: moving in my room, registering for my university, meeting new people and other things. Meeting so many people has been hard as I already am not good with faces and names. Meeting over 30 people within a week and then remembering all of their names is too overwhelming!

First of all, when a person stays for longer periods in another country, he needs to get some housing, which is the first thing I did when I got back to Beijing. I got to my room in Zhongguanyuan Global Village, which are the new dormitories of Beijing University. Settled down in my room, but unfortunately, as the people that watch my vlogs know, I have a wall immediately in front of my window. Watch my youtube video “The rambling in Beijing” for a short tour through my room. 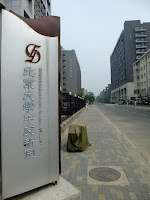 Beijing is a paradise for the food lovers from all over the world. There are many and many restaurants present on the streets of Wudaokou and the only problem you will run into when eating here is choosing which restaurant to go to! We’ve went to many different restaurants this week, from hot pot to Korean, from Japanese to typical Chinese. But the most special one I have to say is the time where we went to a restaurant where we got a whole lamb leg barbequed. There is a table with burning coals in the centre of the table and on top of it is a leg of a lamb being prepared for us to eat. 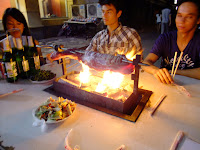 Because I have to arrange many things related to registering at my university and picking up papers this last week, I had to go to the campus very often. Even though I have been in the campus for at least 6 times now, it still amazes me every time how massive it is. And apparently I am not the only one that finds it amazing: Beijing university is an attractive tourist attraction for many Chinese tourists. There are so many tourists that the university has set a maximum amount of tourists that are allowed to enter in the campus on each day, which is around 5000! This means that every time I want to enter the campus, I have to show my campus card, but I don’t have one yet so I just show them my Dutch bank card and they’re ok with that as well…. Aight! 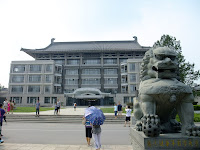 At our orientation, all of the exchange students received a free speed course in Chinese. We were all sitting in the Alibaba Auditorium (yes, that’s the name) when a Chinese woman entered and told us in her broken English that she will teach us some Chinese and that she won’t use English at all, not even one word… And unfortunately she kept her word. Now it is the case that I did not have any troubles following her as I can speak basic Chinese, but seeing some people around me, that just learned how to say Ni Hao in the last couple of days, was just painful as they could hardly understand anything that she was “teaching” us. Yeah… teaching a language to people in the exact same language as you’re teaching them = bad idea. 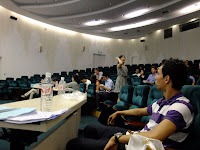 This week I have been walking around a lot through Beijing, but one of the more memorable moments is when I went to the Silk Market. No, it’s not a market where you can buy silk, it is the most famous shopping center where you can buy all kinds of counterfeit products on multiple floors, from Armani to LV, all of the brands are there, only fake. This is the best place to test out your bargaining skills, as you can sometimes bargain more than 95% of the original price away. It is about 40 minutes by metro from the university. It was slightly different than expected though, I expected it to be dirty, crowded and cramped, but it was not so bad. The Silk Market apparently adapted itself to foreigners, which caused the prices to be higher and bargaining more hard, so in the end I did not buy anything. 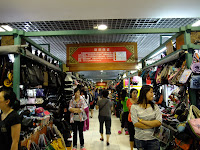 Going to a place where they sell fake stuff, especially fake English or American stuff, you’re bound to find many funny English mistakes on the clothing. The most ‘interesting’ one has to be the t-shirt where it said “I *heart* BJ” which stands for I love Beijing, but I am quite certain that most westerners do not think of that the first time they see the t-shirt. 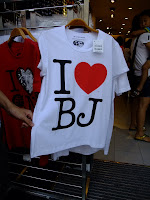 Due to the large competition between all the shops in the city center, each of them will try to attract as many people as they can in all kinds of ways. Some do it by having many flashing lights outside, some by having people outside yelling and dragging people in their shop and some do it by having a person in a medieval knight armor patrolling outside the shop. Wait what? A knight? Yes, a knight. Ah well, I have to admit though, it did grab my attention immediately! 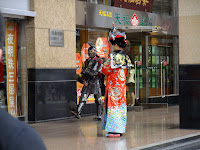 If any of you will be going to China in the future, you will be bound to see strange and weird things on the street and you will ask yourself or others ‘why?’ very often. I found out what the answer is to all of those questions:
“It’s China, that’s why.”
Anyway, that’s it for this time. Make sure you watch my videos on my Youtube channel as well! As always I have a nice collection of other pictures for you guys at the bottom. Thanks for reading and hopefully till next time.
We Fong 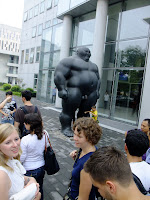 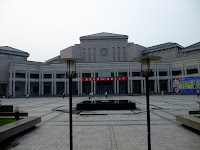 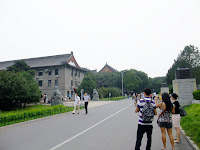 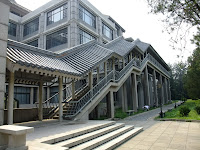 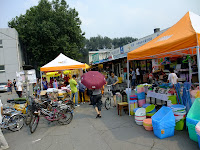 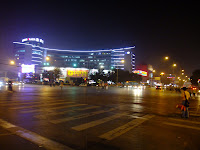 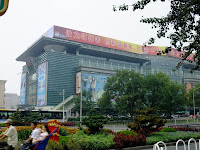 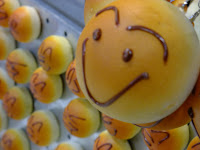 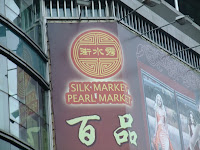 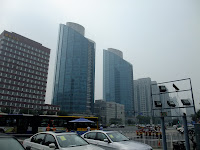 BeijingFong
I'm a Dutch-Born Chinese on an exchange to China during the fall of 2011. I am studying economics, finance and business at Peking University, but am also going there to learn more about the Chinese language and culture.

Any questions? E-mail me on Beijingfong@gmail.com